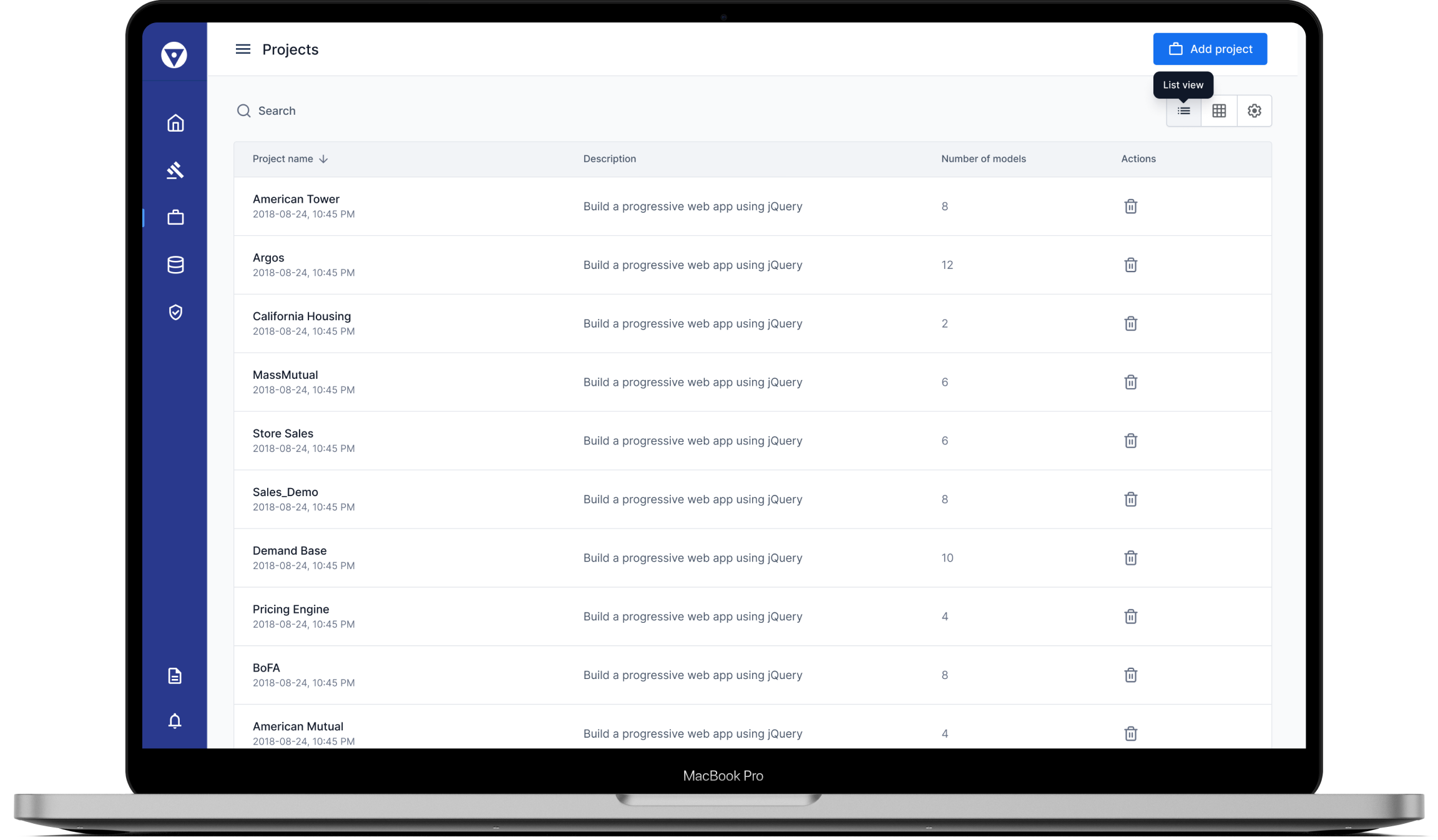 As the Fiddler platform continued to add features, one of the challenges we faced has been to surface model level information to the user at the right place. We went too far along without adding the necessary navigational features into our navigation with little regard to discoverability or the user's mental model.

the problem
Existing Fiddler platform, we had a single sidebar menu with content that would change depending on the feature customers were currently on. For a while, that worked well; Fiddler started receiving a very polarized feedback both from our customers and internal users that they were often confused by whether they were on a feature-project or model-level page. We also heard that it was difficult for users to find project level or model level information in the Fiddler platform and that it was annoying to switch projects or models once they were in a specific project or model. Contextual navigation elements that change based on the page a user is viewing felt so difficult to use and not being able to find what they needed quickly. These areas of friction lead to poor customer engagement on the platform, losing existing customers to the competition, and finding an alternative solution.‍
the solution
Re-establish trust in the Fiddler platform with our existing customers and internal users. I led the redesign of Fiddler platform navigation from the ground up by focusing on the user's "mental model" and using the modular content system to make a flexible framework that would help in mapping a product’s hierarchy, enabling us to roll out new features and products more quickly in the future.
Once we led users to set up with a clear mental model, users could better expect and predict what could happen when they go a page deeper into the platform. With this, we had a solution that met the core user goals of accessing the project and model level information faster, making it easier to perform repeated tasks, and retaining context uniformly across the task. With this, we were able to retain existing customers and also acquire new customers.
outcome

Huge improvement in users orientation
of where they were and how they got there, especially as they drill down from projects
to model workflows

Completing and retaining context uniformity across the tasks got lot easier, with that productivity increased to a significant level
solution
Introducing the new navigation experience for Fiddler platform
PROJECT LIST 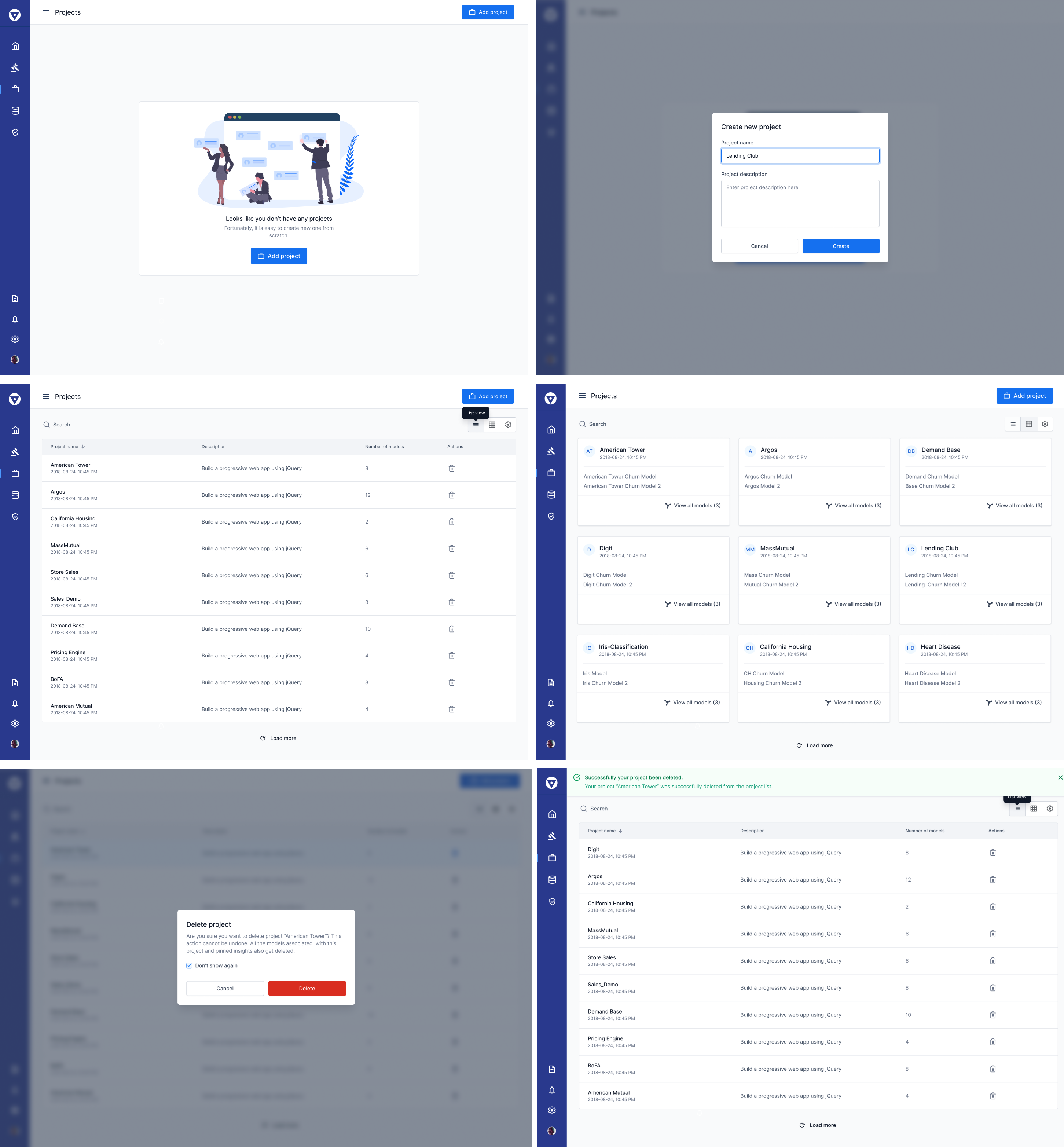 Projects and Datasets are peers to one another. Users can switch between them seamlessly. 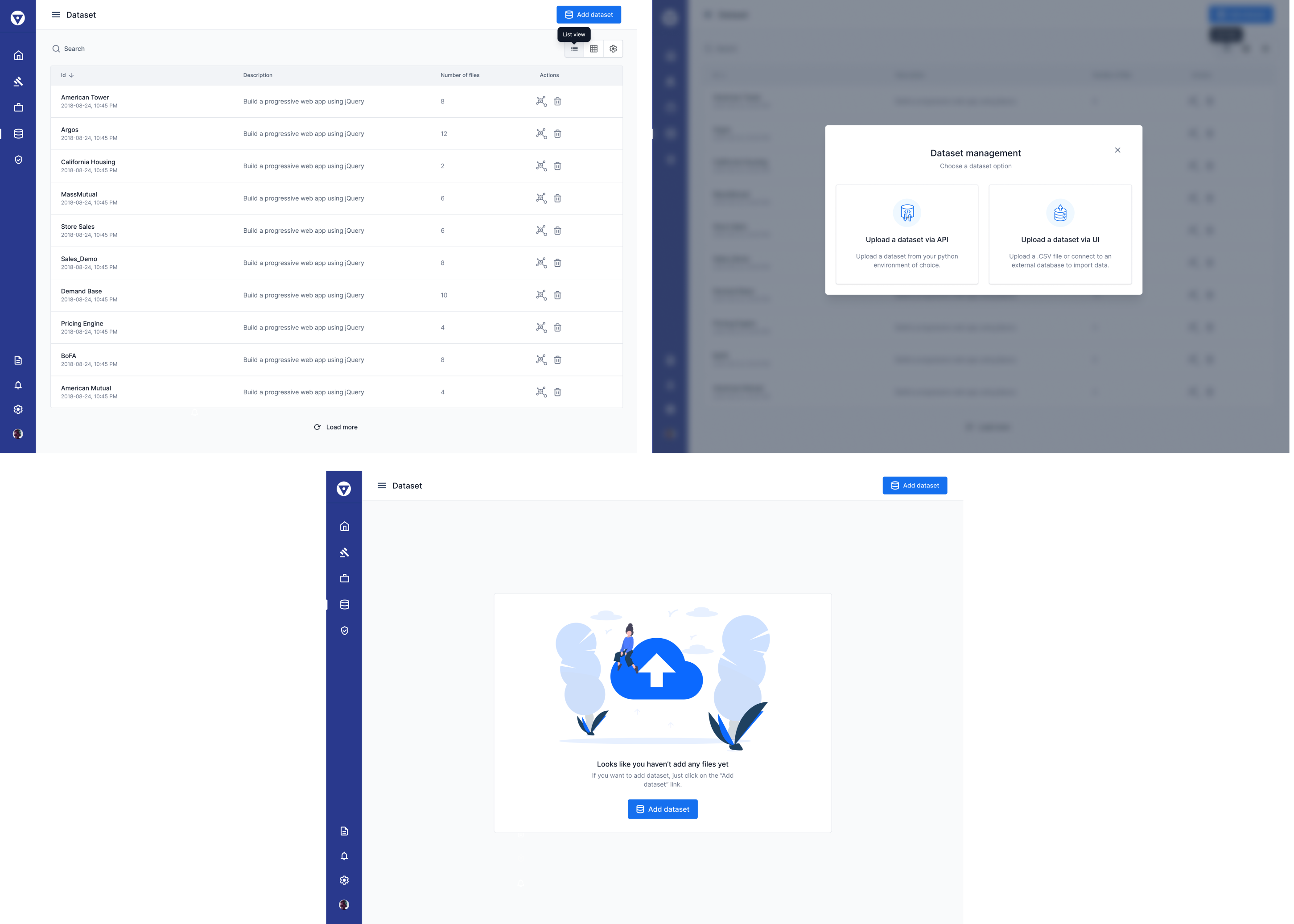 Top contextual navigation helps ground the user that they are in a particular flow. 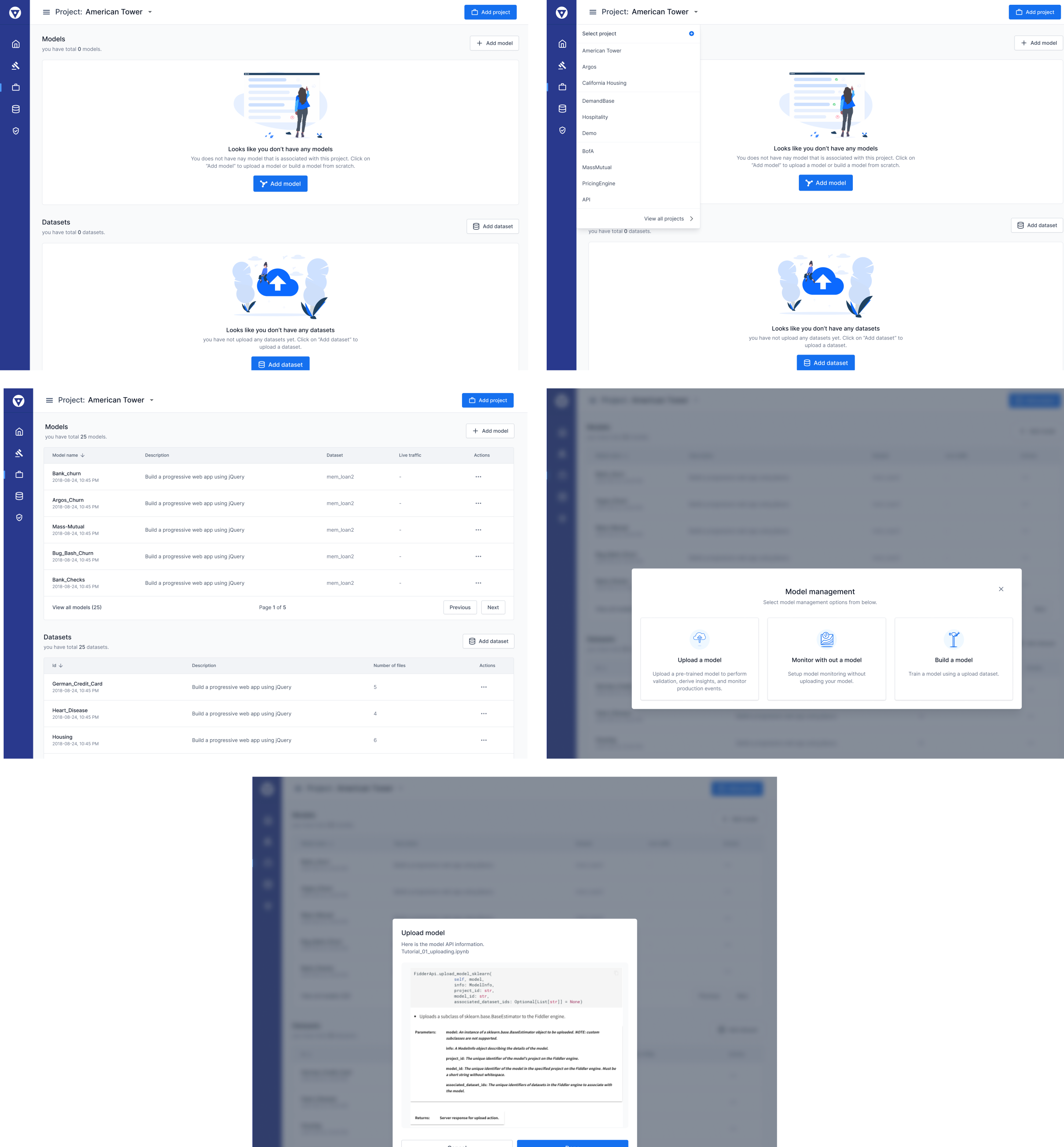 Breadcrumbs at the top of the screen (contextual navigation) reinforce this, and help user understand where they are and desired actions - Monitor level. 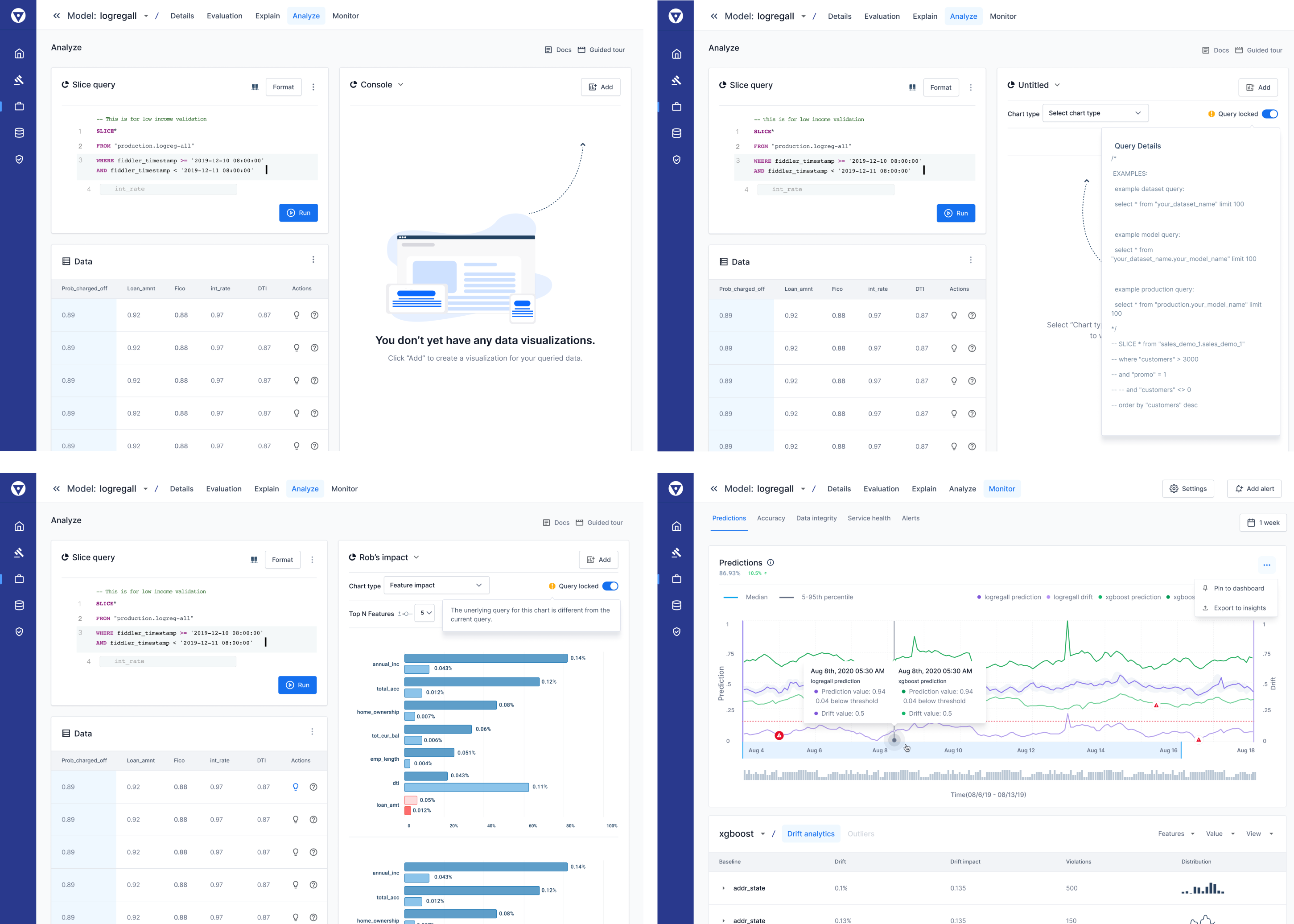 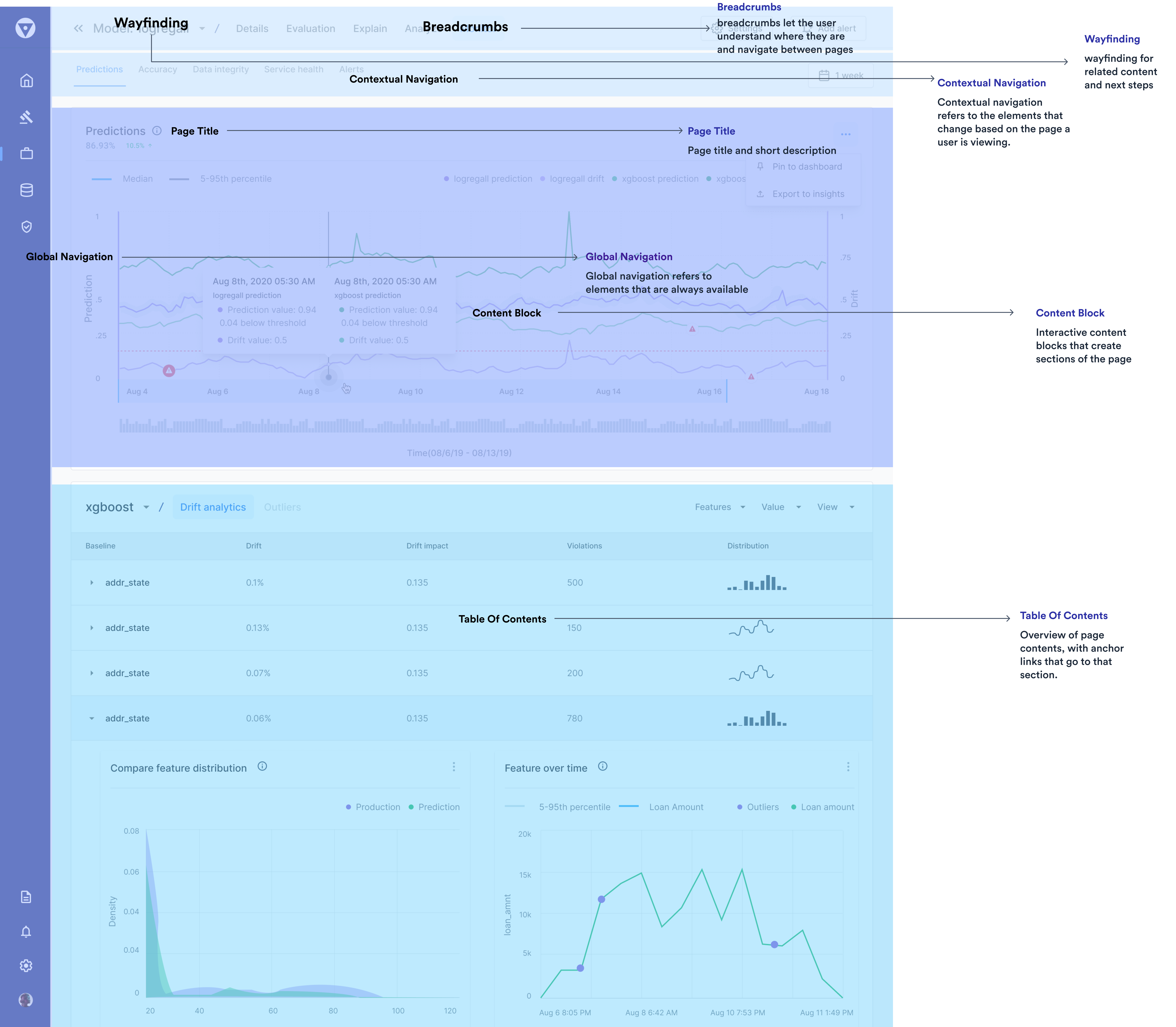 Huge improvement in users orientation
of where they were and how they got there, especially as they drill down from projects
to model workflows

Completing and retaining context uniformity across the tasks got lot easier, with that productivity increased to a significant level
next case study